Follow Sylvia as she meets fans in the United States, Canada, England, and Germany, and see how she faces the challenges of being on the road while juggling her home life as well. Through fly-on-the-wall footage, in-depth interviews, and candid moments of life on the road, Beyond Words explores what it takes to touch the hearts of eighteen million readers.

Beyond Words, the film that follows Sylvia on a grueling-but-exciting world tour to promote One with You, the final book in the blockbuster Crossfire® series, is now streaming on iTunes, Amazon, Google Play, Steam, and FandangoNOW. Would you like a copy of the Afterburn Aftershock film for your collection? Now, in addition to watching it as part of the Passionflix service, US and UK fans have the option to purchase the film for stream or download from Amazon. 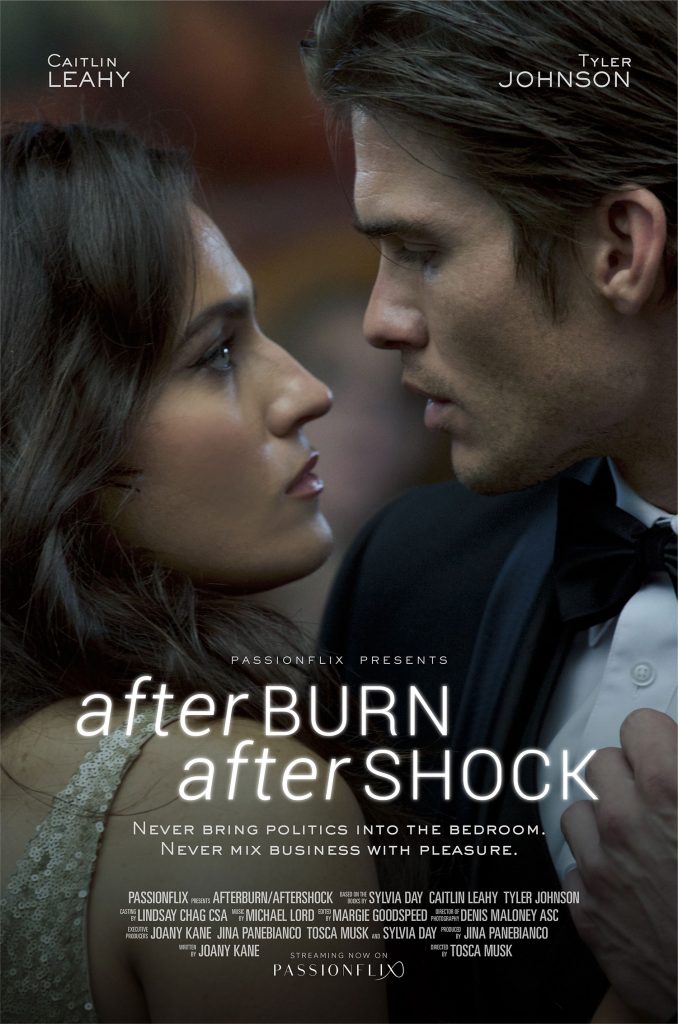 There are more goodies coming for Jax and Gia lovers! The movie soundtrack will be available soon, so be sure and subscribe to SylviaDay.com Site Updates so you don’t miss a thing. Check out Sylvia’s movies & music page for movie tie-in books and the latest on her upcoming documentary, Beyond Words.

While the Beyond Words documentary film is still in post-production and expected to release in early 2018, Sylvia is excited to share the movie’s poster with you now. 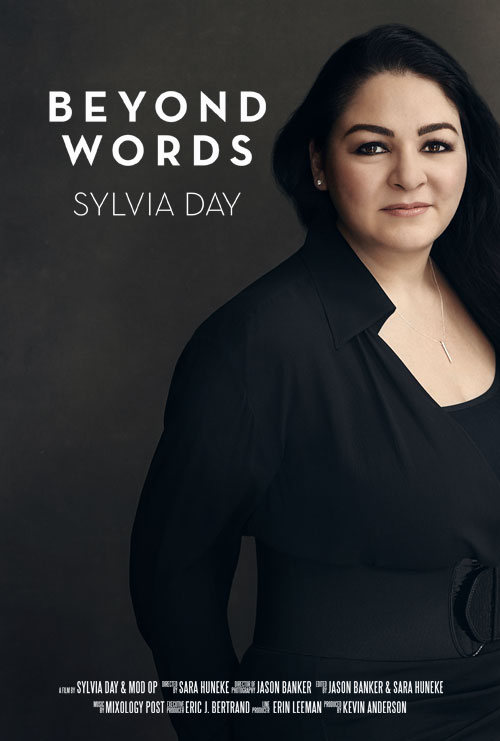 The Beyond Words film is described as, “An intimate portrait of international bestselling romance novelist Sylvia Day, as she undertakes a grueling world tour to promote the final book in the blockbuster Crossfire® series.”

Subscribe to SylviaDay.com Site Updates for the latest in film news, and visit her movie & music page for more information about the Afterburn Aftershock film and the “Golden” single.

So… about that movie discount code… If you were unable to apply the special discount promo code: 1017PASSIONATESYLVIADAYFANS, please email support@passionflix.com and let them know that you paid full price and need the discount retroactively applied. Refunds may take a while, but we have been assured they will come. If you have any difficulties receiving the discounted subscription price, please let us know and we will follow up on your behalf.

If you waited to subscribe because the code didn’t work, the good news is that the issue has been resolved and the code is working as it should. For how to use the coupon code, here are those instructions again.

Sylvia is super sorry about all the confusion, and thanks you very much for your patience and support.

The motion picture adaptation of Afterburn/Aftershock is finally here for you to enjoy! How can you watch Jax & Gia’s story? Where is it streaming? Will you be able to buy a copy for your movie collection? Sylvia answers all this and more in an FAQ.

No more waiting! These hot new covers inspired by the Afterburn/Aftershock film are now downloading to readers who pre-ordered them — and in just a click, they can be yours for a special price:

The movie releases on November 3, so there is still time to read the books before you watch. (Note: there is no new content in these books, just the hot new cover.)

Stay up to date on all the film news — subscribe to SylviaDay.com Site News. Want to know how you can watch the movie? Visit Sylvia’s FAQ on the subject to find out, and to receive a special discount code for new Passionflix subscribers.

See them on SylviaDay.com first and then preorder your copy to receive them the day they become available: October 30, 2017.

These editions are offered at a special price and feature the sizzling story you love with a new cover inspired by the Afterburn/Aftershock film. The movie releases on November 3, so there is still time to read the books before you watch.

Stay up to date on all the film news — subscribe to SylviaDay.com Site News. Want to know how you can watch the movie? Visit Sylvia’s FAQ on the subject to find out, and to receive a special discount code for new Passionflix subscribers.

The trailer for the Afterburn/Aftershock film has released!

The film is set to premiere on November 3rd. The big question now: “How will I be able to watch it?” Visit Sylvia’s FAQ to find out viewing options and to receive a special discount code before you download the Passionflix app.

Stay up to date on all the film news — subscribe to SylviaDay.com Site Updates, and don’t forget to read the book before you watch the movie.

Mark your calendars! After four weeks of filming and over two months of post-production, Sylvia is pleased to announce that the Afterburn/Aftershock film will be releasing in just a few weeks on November 3, 2017. 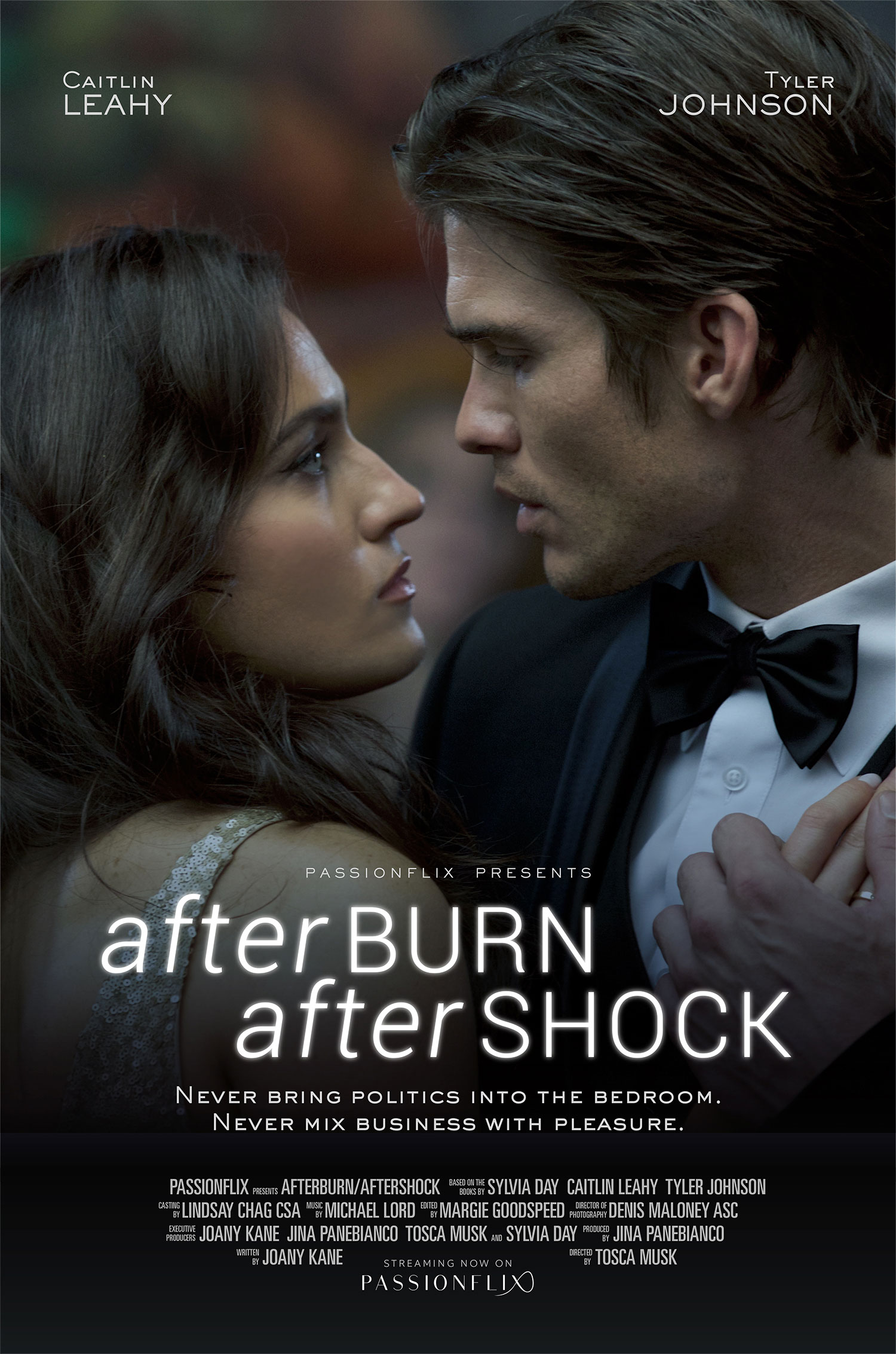 How can you watch the film? Visit Sylvia’s FAQ to find out viewing options and to receive a special discount code before you download the Passionflix app.

Subscribe to SylviaDay.com Site Updates for the latest in film news, and visit her film/tv/music page for behind the scenes photos and more. And remember, there is still time to read the book before your viewing party!

The first teaser for the Afterburn/Aftershock film has released! Catch the first look video.

The film is set to release in November. The big question now: “How will I be able to watch it?” Check out our FAQ on the subject for the answer!

Stay up to date on all the film news — subscribe to SylviaDay.com Site Updates, and don’t forget to read the book before you watch the movie.

After four weeks of filming, the last scenes of Afterburn/Aftershock have been shot—stay tuned to Sylvia’s film news for behind-the-scenes interviews, and more, coming your way! 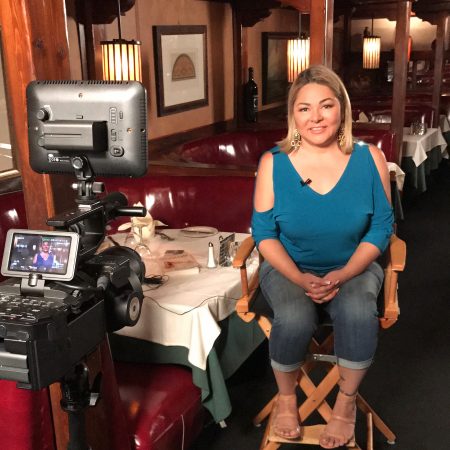 Sylvia in character for her cameo appearance.

Week 2 of shooting the Afterburn/Aftershock film kicked off on July 13th with scenes at Savor. New behind-the-scenes photos are being added every day, so keep watching for more insider news as it happens!

Week 1 of shooting the Afterburn/Aftershock film wrapped on July 10th and covered scenes in Jax’s penthouse. Epic film moments included fights, seduction, and the immensely entertaining Rossi brothers. Check out the behind-the-scenes images captured on set and keep an eye out for more sneak peeks in the days and weeks ahead!

Filming of the Afterburn/Aftershock movie begins Friday, July 7th! Sylvia can’t wait to share behind-the-scenes images, cast and crew interviews, and much more in the days ahead. But first…

Meet our Jax and Gia! 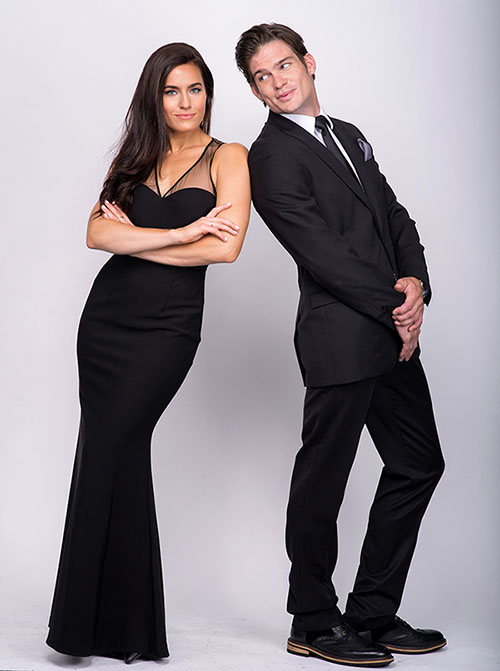 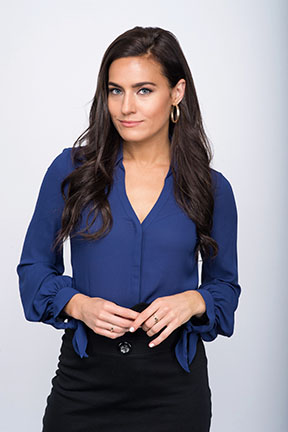 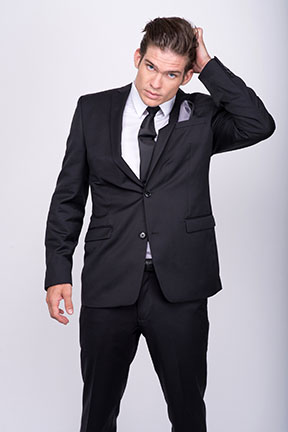 Get ready for the sparks to fly when these two gorgeous and hugely talented actors step into a scene together. You’ll get to see them in action this November!

The motion picture adaptation of Afterburn & Aftershock will be yours to enjoy this November! Here’s Passionflix‘s summary:

“Businesswoman Gia Rossi is determined to be successful in her new job, but when her ex lover Jax Rutledge waltzes back into her life, their passionate connection ignites not only in the boardroom, but the bedroom.”

Here are the ways you can watch Afterburn/Aftershock:

Make sure you read Jax & Gia’s story, and get your very own copy, before you watch the movie! 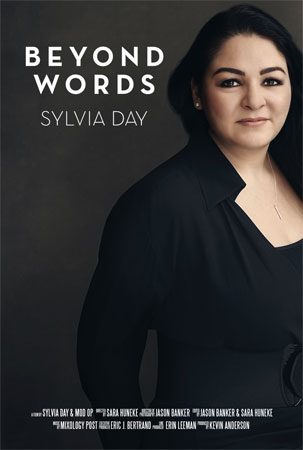 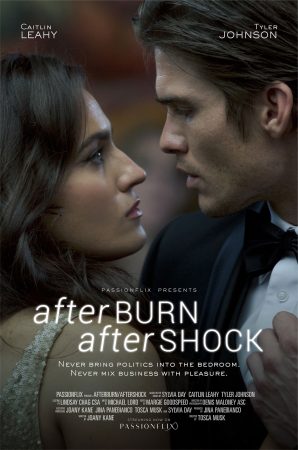 Read It Before You See It →

Thanks to @books_areanotherworld for this week’s