When good witch Brianna James writes a sexy, forbidden love spell on her thirty first birthday, on the thirty first day of October during a full moon and conjures up one roguish, bad boy warlock, she has no idea that by using her magic, she’ll experience a passion so deep and so intense it would forever turn her good girl days into bad girl nights.

When Abigail Garvey steps into Conjure, the local magic shop, all she’s looking for are a few props to round out her fortune teller Halloween costume. Abby isn’t looking for a love spell that turns her drop-dead gorgeous, but long-oblivious neighbor into an aggressive alpha sex machine. Sure Shane Markham‘s single-minded pursuit (and follow-through!) is the stuff her wickedest fantasies are made of, but how much of it is the real deal? And how much of it is just a little magical mayhem…?

Two couples. One mischievous spell. All out passion.

Falling in love has never been more fun. 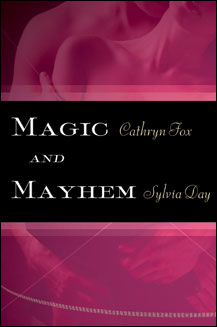 Sin and Sex on a Stick, that was Shane Markham.

Abigail Garvey watched the county’s “Most Eligible Bachelor” from her bedroom balcony and wondered if it would be rude to ask him to move. The driving force behind Markham Estates Master Planned housing community, Shane could have any of the unsold homes in the neighborhood, but he’d chosen the one next to hers. He was single; surely he didn’t have all that much furniture to move? And Lord knows, all of the women who’d flocked to buy a house here in an attempt to catch him wouldn’t mind having him next door.

Why, out of all of the homes he could have picked, did he have to move into the one that shared a yard with hers? How was a woman expected to go about her business when she had eye candy like that just a few feet away? There was no way for her to look outside her windows and not see him. Shane met with all new residents personally, and showed them around the pool, tennis courts, and gym. And in the summer…

Abby swallowed hard. In the summer, he’d be out front in shorts and bare feet washing his classic El Camino. His skin would be tanned and slick with a fine sheen of perspiration, the beautifully defined muscles of his back and arms brought into stark relief by his exertions. He’d caught her ogling him more than a few times, his head turning as he sensed her perusal, his teeth white as he grinned and waved.

Wincing, and offering a pained smile, Abby lifted her hand and waved back. Shane was standing beside another tall, buxom Mrs. Markham-wannabe. He was dressed in loose-fitting jeans and a cream-colored sweater, looking like a GQ advertisement. With his slightly too-long black hair and dark eyes, he made a striking complement to the new resident, who wore a lipstick red pantsuit.

Why couldn’t he move next to her? The way she was staring at him raptly, the woman looked like she’d love the proximity to such “prime husband material”.

Shane had laughed it off when Abby congratulated him on the magazine’s illustrious designation for him, his eyes bright with amusement.

“Don’t believe everything you read,” he’d said, brushing back the thick lock of hair that was always falling over his brow.

“What’s the false part?” she’d asked, genuinely curious. “You have a secret wife somewhere? A girlfriend? Are you in debt up to your ears? Or maybe you’re a criminal hiding under a secret identity?”

“None of the above.”

Shaking her head at how ridiculous it was to have a crush at her age, Abby stepped back into the warmth of her bedroom and closed the sliding glass door behind her. She really had to stop thinking about Shane. Five months now they’d been neighbors, and he had never once tried to hit on her or ask her out. Which meant he wasn’t going to.

Not that she didn’t understand why, because she did. She was ordinary, he was extraordinary. Like oil and water, they just didn’t mix.

Descending the stairs to the first floor, Abby tightened her customary ponytail, then collected the supersize zip ties and witch decoration she’d bought for her Halloween bash, and headed outside.

Throwing a costume party had been an annual tradition for her when she lived in California, and she was determined to stick to it here in Massachusetts. She didn’t have near as many friends here yet, just her coworkers and Kayla, who lived up the street, but Abby was an optimist. She was hopeful that the flyers she’d posted on the store e-bulletin and the community center here at Markham Estates would be enough to attract at least a small crowd.

As she opened the front door, Abby was hit by a blast of chilly autumn air. Shivering, she reached back inside to grab her favorite multicolored scarf from the carved wooden coatrack.

She was still becoming accustomed to having four seasons after years of living in California’s temperate climate. Even dressed as she was, with sheepskin boots, lined pants, and a sweater jacket, she was cold. But this was what she’d wanted, a change of scene. When she had been offered the position of regional director–a big bump up from department store manager–she’d leapt at the opportunity, considering it a perk of being single that she could move across the country on a whim.

A quick glance across the street showed that Shane and the lady in red had moved on, so Abby hopped down the short steps to the yellowed lawn and set to work attaching the “witch smashing into a tree” decoration to the sapling in her yard. It was obviously meant for a larger trunk, but she’d always wanted one, and this was the first time she had ever owned a tree, so she was going to make the darn thing work whether it liked it or not.

“Here, let me help with that.”

Abby nearly jumped out her skin at the deep rumble of Shane’s voice behind her. She spun around quickly, her heart racing. “Jeez! You scared me half to death.”

“Sorry.” He looked shameless with that sinful grin she loved. “If you hold Witchy up where you want her to hang, I’ll secure it with the ties.”

“Thanks.” She hoped she wasn’t drooling. It was the rare occasion when they stood this close to each other. She preferred to lust after him from afar. Less embarrassing that way.

Facing the tree, Abby watched Shane round the other side.

“I saw your party flyer,” he said, shooting a glance at her as he tugged on a tie. “Mind if I stop by with a friend?”

Great. Just how I want to spend Halloween, coveting Shane Markham while he hangs out with a date.

“Not at all,” she lied with mock cheerfulness. “Though I’m not sure how lively it’ll be. I don’t know that many people around here yet.”

“You have a date?” He held out his hand for the other tie, and Abby passed it over, shivering as his fingers rubbed against her palm as he retrieved it. The wind blew lightly, ruffling his hair and kicking her hormones into overdrive.

What would it be like to have a man that hot in my bed?

He was so fine, she was pretty sure he could just lie there naked, and that would be enough to put a smile on her face.

She loved it when he said her name. He had a rich, deep voice that reminded her of melted chocolate. Yummy.

He smiled, dazzling her for a moment, then she realized how funny it must look for her to stand there mooning over him. Disgruntled by her own behavior, Abby was tempted to invent an admirer just so she didn’t feel so pathetic, but that wasn’t her style, so she just shook her head.

“That’s too bad.” He yanked on the other tie and tested it to make sure it was secure. “I can introduce you to some people, if you like.”

Fabulous. Now he’s setting me up with his buddies.

Shane stepped around the tree and stood behind her, admiring their handiwork. Immediately the scent of his cologne teased her nostrils, and her skin prickled with goose bumps.

“If you change your mind,” he murmured by her ear, making her shiver, “let me know.” 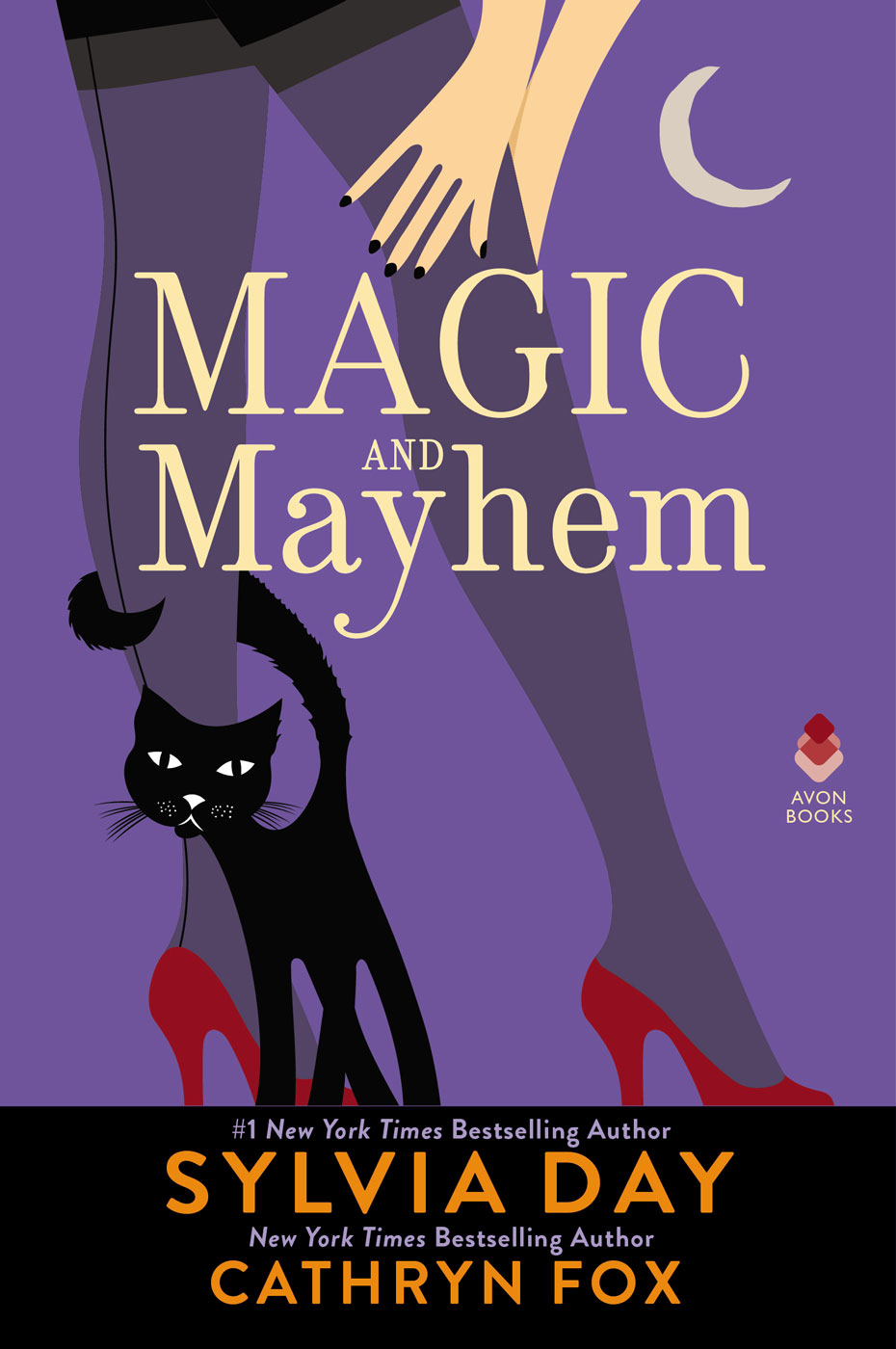