“When we first meet Stephanie, she can’t afford therapy–she can barely afford her low-rent apartment and regular meals. A couple of hours a week with a trained professional, not that you’d have talked her into it, probably would have done her good. Luckily, as Sylvia Day suggests, she found bounty hunting instead.” – Leah Wilson, Perfectly Plum: An Unauthorized Celebration of Stephanie Plum

** COMPLETELY UNAUTHORIZED ** Speculating about the cultural metaphors in Janet Evanovich’s wildly popular mystery series (which includes 11 books, from One for the Money to Eleven on Top), this anthology takes a look at lingerie-buyer-turned-bounty-hunter Stephanie Plum and catalogs her bad luck with cars (she’s blown up quite a few), her good luck with men, her unorthodox approach to weapon storage, and the rich tapestry of her milieu: Trenton, New Jersey, also known as The Burg. The contributors praise the way the series smartly spoofs that familiar chick-lit epiphany—I have a bad job and what I really want is a good man!—in “Bounty Hunting as a Metaphor for Dating,” “Why Stephanie Should Quit Her Job . . . but Never Will,” and “Nothing Better than a Bad Boy Gone Good.” Several essays veer from the chick-lit perspective and focus instead on the comic theme of luck and chance that ties Stephanie to the barroom gamblers and gangster meanies of her home town in “Luck of the Italian?: Skill Versus Chance.”

Bounty hunter. It held a certain cachet.
—Stephanie Plum, Three to Get Deadly (3)

Yes, superficially, the job carries a certain prestige that Steph finds appealing. When Janet Evanovich first introduces us to our intrepid heroine, it’s only a few days before Stephanie pursues her first bounty. But as her story unfolds and we hear more about her past, our picture of her broadens. We learn that, as a child, she was stifled and misunderstood in a dysfunctional family in which she felt like an outsider. Her mother is Trenton’s second answer to Desperate Housewives’s Bree Van De Kamp (after Mrs. Morelli, who is said to make all other Burg housewives look second-rate), her father is negligent in his duty to provide a strong father figure, and her older sister Valerie is (or at least was, before her husband left her) perfect in every way, setting an example Stephanie could never live up to. Steph spent her early years feeling insignificant, and went on to a forgettable stint at Douglass College and a lamentable marriage to an unworthy man she never seemed to be very attached to. When asked why she married Dickie Orr, she replies it was because he had a nice car. Translation: She has no idea.

Stephanie made these choices knowing they were the wrong ones for her. They were, however, the choices her family (most likely her mother) approved of. 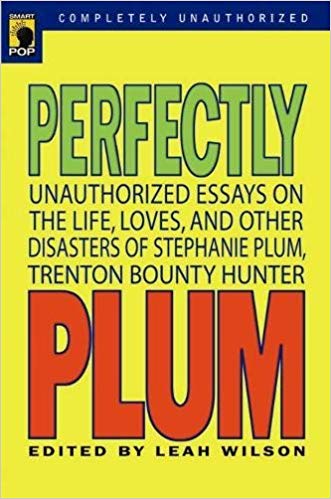