Amazon Content Services, Penguin Random House, and a group of Authors Guild members that includes Lee Child, Sylvia Day, and John Grisham have been awarded $7.8 million in statutory damages in a default judgment against a group of ebook piracy websites operating from the Ukraine for 52 acts of copyright infringement.

Lee Child, Sylvia Day, John Grisham, and other members of the Authors Guild, along with Amazon Publishing and Penguin Random House LLC, filed a suit against book piracy entity KISS Library in the U.S. District Court for the Western District of Washington.

Sylvia Day writes a piece for Female First upon the release of her new book Butterfly in Frost.

Jason Bracelin of the Las Vegas Review-Journal talks with Sylvia about what it’s like to be a public figure on book tour, her writing, and the span of time between her publishing.

Entertainment Weekly
Sylvia Day on the stories that changed her life

Maureen Lee Lenker of Entertainment Weekly delves into Day’s personal bookshelf to get a glimpse at the books that have inspired, intrigued, and shaped her as a writer.

Maureen Lee Lenker of Entertainment Weekly talks with Sylvia about her multi-year break from writing due to personal challenges and the inspiration behind her new novella, Butterfly in Frost.

International bestselling and award-winning author Sylvia Day’s first new book since 2016, Butterfly in Frost, is coming from Amazon Publishing in August 2019. Butterfly in Frost will introduce readers to Day’s newest characters, Dr. Teagan Ransom and artist Garrett Frost, as they embark on a passionate journey to find redemption, hope, and ultimately, each other.

The Daily Express
“I wanted to be a romantic novelist from the age of 12.”

Connie Knox of the Daily Express interviews Sylvia about life, love, and family, and how it all plays a part in her writing.

Publishers Weekly
BEA 2016: Sylvia Day Thanks Booksellers for Her Success

Beth Levine of Publishers Weekly talks to Sylvia about the secrets to her success.

Kiera O’Brien of The Bookseller covers Sylvia’s #1 bestseller streak with the final novel of the Crossfire® quintet.

Sylvia’s interview about the end of the Crossfire® quintet was covered by Lauri Neff in The Washington Post.

Sylvia was interviewed about the end of the Crossfire® quintet by David Martindale, special contributor of the Dallas Morning News. 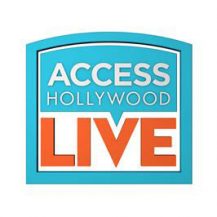 Sylvia Day sits down with Billy Bush and Kit Hoover from Access Hollywood Live! to talk about the release of Captivated by You

Sylvia is interviewed about the business of romance writing by Kai Ryssdal, host and senior editor of Marketplace. 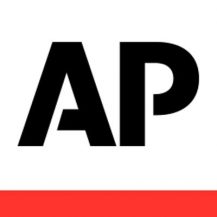 For the fourth time in the past year, the author best known for her “Crossfire” series has completed a major book deal.

Selling 550,000 copies of a new novel in its first week of publication was nice. So was sitting atop best-seller lists for The New York Times, USA Today, Barnes & Noble and Publisher’s Weekly. The television movie deal wasn’t bad, either.

To whet our appetites and make waiting for Entwined with You‘s arrival a little easier, Amazon Romance expert Alyssa Morris spoke with Day about what’s next for Gideon and Eva, her upcoming collaboration with Harlequin and Cosmopolitan, her all-time favorite romance novels, and much more.

Dick Donahue of Publishers Weekly covers the success of Bared to You.

A Touch of Crimson is featured on the cover of RT Book Reviews!

Fiction reviews editor Rose Fox discusses empowered heroines in romance novels, using Seven Years to Sin as an example and naming it one of the Top Ten Romances of Fall 2011. 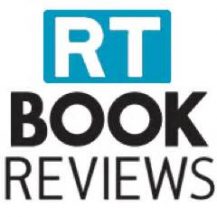 RT Book Reviews
All in a Day’s Work

Eve of Darkness is featured on the cover of RT Book Reviews!

Visit Sylvia's Event Calendar for all of her upcoming appearances!