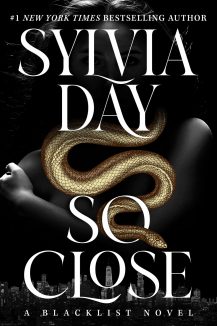 You’ve got questions! I’ve got answers. Okay, let’s start at the top.

What took so damn long?

Well, a lot was going on for me personally and with life. The most significant factor was creative burnout. The Crossfire saga took a lot out of me. What readers connected with in Gideon and Eva’s story came from me, at a cost. That’s not a complaint in any way. I love spending time with G & E! But before I could commit that much of myself to another group of characters, I had to refill the well.

Additionally, a lot was happening at home. My mother was diagnosed with lymphoma, and chemotherapy nearly killed her more than once. As my mom began to recover, the pandemic hit, and my children’s newly adult lives were put on hold. Depression became a huge concern in my household. I gave my attention where it was needed most.

Further, the shutdowns impacted every tier of the publishing business and my publishers ruled out releasing a new title from me while bookstores were closed.

Did the story change from what you first envisioned?

I’m not a writer who plots books. They come to me as I go. In the case of Blacklist, the publisher approached me about writing a new series the day Entwined with You was released. I couldn’t even think of a new story while in the middle of Gideon and Eva’s. I only knew that I wanted my next story to cover more time than the few months we spent caught in the Crossfire. I wrote a quick two-paragraph outline of a couple who meet in college, fall in love, then separate for years. But I didn’t know why or really anything else about them.

When I was partway through One with You, Witte began to speak to me, and I quickly wrote down what he shared and sent it to my editor. I didn’t understand why the person narrating wasn’t either of the primary characters, but I don’t make those decisions. I just transcribe what I’m told. The publisher chose to include those few early pages in the back of One with You.

When the characters finally began speaking to me, I realized Blacklist would be very different from my other works, which is super exciting! Only at that point did I have any idea what the story would be. So no, it didn’t change. As all my stories do, it evolved from a vague notion to a fully realized world.

Witte’s POV seems to have unusual spellings, punctuation, and word choices in the excerpts and sneak peeks. Why?

Witte is an Englishman narrating in first-person point of view. While missing periods after abbreviations and calling a sidewalk a pavement may seem unusual to an American, it’s not to an Englishperson. It is fascinating how different UK English and US English are!

Will we have to wait a long time for Too Far?

Too Far is releasing on October 24, 2023 in United States and October 26, 2023 in the rest of the world–just seven months after So Close.

I hate snakes! How do I get around having a snake on the cover?!

Also, the United States trade paperback edition of So Close has a different cover without a snake. It releases several months after the hardback.

March seems so far away! Why do we have to wait so long?

Publishers have various factors to consider when scheduling a release. The end goal is that on the release date, they’ll have plenty of stock and wide distribution so you can find the book where you prefer to shop. Although the wait may seem long, it’ll be here before we know it!

Have more questions for me? First, check our FAQ! We try to cover everything there. Did we miss something? Ask your questions about Blacklist below and I’ll be happy to answer!

back to The Blacklist Blog ↓