Featuring the novella What Happened in Vegas by Sylvia Day

“What Happened in Vegas” is also available in Love Affairs, a collection of some of Sylvia’s best-loved novellas.

What Happened in Vegas by Sylvia Day

A sizzling encounter that turned into a scorching biweekly affair. How he’d ended up in bed with a woman like Robin was still a mystery to Paul. One minute they were riding the same elevator and the next he was riding her, the attraction so fierce and immediate he couldn’t remember how they reached his room or even shed their clothes. But when Robin suggested they take their relationship to the next level, Paul panicked, prompting her to walk out on him with her head held high and his heart in her hands. Four months later, he’s got her in an elevator again, ready and willing, but with her emotions tucked safely away. He’s got one shot to prove that what happened in Vegas can happen anywhere in the world, for the rest of their lives.

It was 115 degrees in Las Vegas, but Paul Laurens could have sworn the temperature dropped from the chill in his former lover’s gaze.

Robin Turner entered the Mondego Hotel’s ground-floor lounge like a gust of arctic air. Her long blonde hair was restrained in a sleek chignon and her lush body was encased in a pale blue dress that wrapped around her curves and tied at the waist. Nude-colored heels gave the impression that she was barefoot, while a chunky aquamarine necklace circled her throat like ice cubes.

Paul’s grip on his beer bottle tightened and his dick thickened in his jeans. How they’d ended up in bed together was still a mystery to him. One minute they were riding the same elevator and the next he was riding her, the attraction so fierce and immediate he couldn’t remember how they reached his room or even shed their clothes.

Taking a long pull on his beer, his gaze followed Robin’s progress across the barroom. She approached a booth where a guy in a suit stood to greet her. The man kissed each of her cheeks before they sat. Paul knew he couldn’t stay in the same room with her and not have her, so he gestured for the bartender and ordered a martini extra-dirty to be sent to her table.

“Your brews are popular,” one of the cocktail waitresses said as she collected the drink and placed it on her tray. Her smile was an invitation. The way she looked him over made sure he got the message.

“I’m glad to hear that,” he replied, breaking eye contact to convey his lack of interest. Convincing the Mondego to carry his microbrews had been his first toehold in Vegas. The resort’s contract funded his biweekly trips to pitch his product to other establishments in the area, which in turn had allowed him to have Robin for a year. His weekends with her had been the most valuable and treasured blocks of time in his life.
Until four months ago, when he’d fucked up and lost her.

Tossing some bills on the bar, Paul vacated his barstool and carried his beer out to the elevators. He’d left flowers for Robin with the front desk, along with his room number in a note. Although he knew she must have checked in yesterday, she hadn’t contacted him. He’d tried to convince himself that she was busy getting ready for the jewelry trade show that opened today in the hotel, but that look she’d just shot him proved the lie. His only consolation was that she wasn’t indifferent to him. He could only hope that meant she wasn’t totally over him. He’d take whatever he could get from her right now—an argument, a slap to the face, anything at all. As long as it gave him the opportunity to say what needed to be said.

He was stepping into the elevator when he smelled her. Inhaling deeply, Paul pulled the fragrance of vanilla and something flowery deep into his lungs. Awareness sizzled down his spine and fisted his balls, his dormant sexual needs stirring after months without her. He hit the button for his floor, then moved to the back of the car and turned around. As Robin took up a position beside him, anticipation thrummed through his veins. He briefly wondered what excuses she’d made to her companion, then he pushed the thought aside. He didn’t give a shit. The only thing that mattered was that she’d followed. 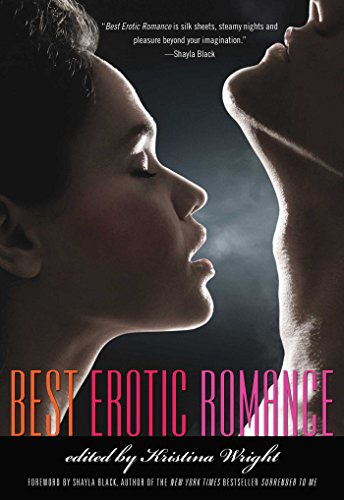