A Collection of Contemporary, Historical and Paranormal Novellas

The #1 New York Times bestselling author of Bared to You, A Touch of Crimson, and Seven Years to Sin presents some of her most beloved novellas—collected in one edition for the first time.

What Happened in Vegas

When Nicholas James draws Stephanie Martin’s name in their law firm’s Secret Santa exchange he knows he’s in for a merry Christmas—if he can figure out what to give the woman he’s wanted for months. When he works late and finds a crumpled piece of paper listing Steph’s personal wish list, he knows he’s in luck. Because all Steph wants for Christmas is him, in a number of naughty ways.

And not-so saintly Nick is going to make every one of her wishes come true.

What Happened in Vegas

It happened in Vegas…

A sizzling encounter that turned into a scorching biweekly affair. How he’d ended up in bed with a woman like Robin was still a mystery to Paul. One minute they were riding the same elevator and the next he was riding her, the attraction so fierce and immediate he couldn’t remember how they reached his room or even shed their clothes. But when Robin suggested they take their relationship to the next level, Paul panicked, prompting her to walk out on him with her head held high and his heart in her hands. Four months later, he’s got her in an elevator again, ready and willing, but with her emotions tucked safely away. He’s got one shot to prove that what happened in Vegas can happen anywhere in the world, for the rest of their lives.

When insurance investigator Anastasia Miller sets out to retrieve the rose-hued pink diamonds stolen in a recent heist, she finds herself working alongside former flame, deputy U.S. Marshal Jake Monroe—the man she loved enough to leave behind.

Of all the Fallen, Raze’s hungers are some of the darkest and most insatiable. His brazen seductions cost him his wings, leaving him soulless and immortal, the most dangerous of seducers. He has roamed the earth for eons, hunting the rogues of his kind and protecting the humans who provide him with blood and sex. He is content with his life and the transient pleasures that flow through it… until one night and one woman change everything.

Baron de la Warren returned from the war a hero, a sky captain lauded for his brilliant strategies and swashbuckling boldness. Savagely beautiful, he is far too masculine to be pretty, but he is certainly magnificent. And irresistibly sexy.

Tinkerer Annabelle Waters is startled when his lordship commissions mechanized lovebirds, wondering at the private man who lives beneath the public personage. What manner of warrior thinks of such a lover’s gift? She is more than a little eager to see for herself…

Jack Shaw’s reputation as a wicked libertine is well deserved. He lives for the moment, indulging in temporary pleasures. Until he meets Lady Caroline Seton. Now he wants more than one stolen kiss, he wants forever. But Caroline hides a dangerous secret, one that could cost him his life. Will his love be enough to save them both…?

Star is an Interstellar Council judge. Her position requires her to pass sentence, hunt down the offenders, and administer punishments. She’s considered one of the best, and if she plays her cards right, she just might become the first of the Hunter species to ascend to the Supreme Court–her life’s goal. When she’s ordered to hunt down a rogue Jacian ambassador in heat, the precedent is death. Sympathetic, but following the law she holds so dear, she pursues him with the intent to kill.

Roark has entered his mating cycle. By Council law, he should be locked in a room with his pre-assigned partner for a week of non-stop sex that will get him through his heat. But he doesn’t want his pre-assigned. He wants Star, the luscious blonde judge whose compassion and intelligence has won his regard. The penalty for going rogue while in heat is death, but that’s a small price to pay for a week of sensual pleasure with the woman he desires more than anything.

Now the huntress is the prey, and when she’s snared by a man in heat, it’s passion that rules, not the law. Or does it? Roark still has his sentence, and his lover Star is judge, jury… and executioner.

Now two people who couldn’t be more different race across the star system on a daring quest for untold riches. Together, success is within their grasp… if they can just get past the hands-on research. 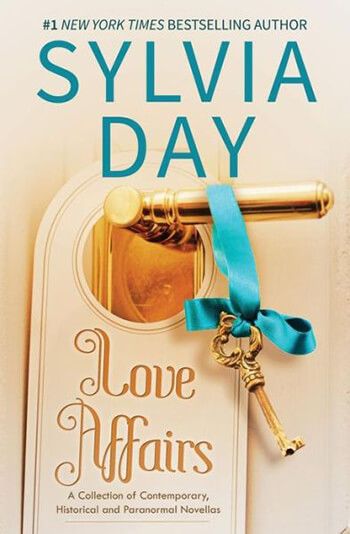