Can the hunger that thrives in darkness be a love for eternity?

Jack Shaw’s reputation as a wicked libertine is well deserved. He lives for the moment, indulging in temporary pleasures. Until he meets Lady Caroline Seton. Now he wants more than one stolen kiss, he wants forever. But Caroline hides a dangerous secret, one that could cost him his life. Will his love be enough to save them both…? 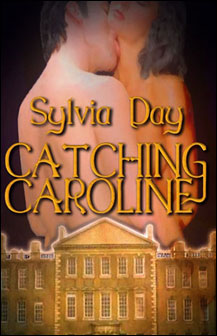 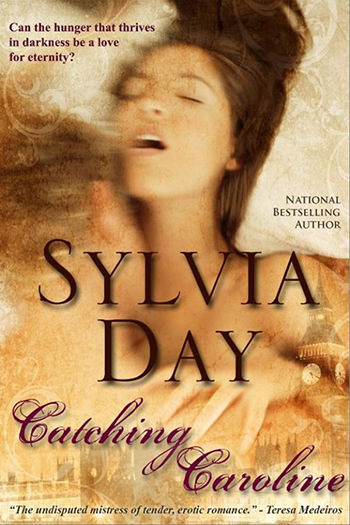 “Wicked men are a weakness of mine.”

“Good heavens, Julienne.” Lady Caroline Seton smothered a laugh as she entered the Dempsey ballroom. “You are incorrigible.”

Julienne La Coeur arched a brow. “You have no notion of how fortunate you are to be unhindered by the rules of Society. You may do and say whatever you wish. You can associate with the rakes you prefer and marry whomever you like. I, however…” She paused and shot a glance at her aunt behind her. Lowering her voice, she continued, “Am destined to do whatever I’m told.”

Caroline offered a quick commiserating smile as she waited at the top of the staircase for the majordomo to announce their party. Her gaze drifted across the occupants below, taking in the various gowns and the number of guests in attendance. At one time she had attended such events with her own family, but they had passed on to their reward long ago and she had learned to manage on her own. Her lack of familial ties and comfortably sized trust funds afforded her a freedom other women of her station, women like Julienne, did not enjoy. Unfortunately, it was also very lonely.

With her thoughts elsewhere, Caroline might have passed over impressively broad shoulders and hair as dark as night had the tiny hairs on her nape not stood at attention and her jaw not begun to ache in a wholly unfamiliar way.

She stilled, her attention riveted on the tall man whose powerful torso tapered to a narrow waist and lean hips. His black hair gleamed under the golden glow of the chandeliers, the ends curled lovingly around the top of his starched cravat. The evening attire of stark black and white appeared to have been made with him in mind, showing off the austere beauty of his features to perfection, a beauty enhanced by the statuesque blonde who clung to his arm.

Caroline stared at the man shamelessly, knowing that even if the animal inside her had not felt the singular attraction, she would have wanted him anyway.

With his full lips and intense gaze, he was gorgeous, his face so perfect as to outshine any classical painting or statue of her recollection. She’d never witnessed a more resplendently masculine being in her life. There was something about him, a dangerous edge, a predatory alertness she found utterly mesmerizing. Just looking at him made her nipples hard, her body soft, and caused moisture to pool between her thighs, readying her for his possession.

Just one look and she was nearly undone.

Caroline glanced aside at Julienne. “Beg your pardon?”

“The man you are presently drooling over is Jack Shaw, an American. Obscenely wealthy I’ve been told, due to his shipping interests.”

“He’s… stunning,” Caroline murmured, acknowledging even as she spoke what an understatement that was.

“Yes,” Julienne agreed. “With a fabulously wicked reputation. How I envy you your choice of men such as him.”

Wicked. Caroline shivered with desire. She knew he would be, just from the sight of him.

As if he could feel the longing and need in her regard, he looked up and caught her gaze, revealing the molten silver color of his irises.

The connection was devastating. Caroline was unable to halt her instinctive reaction. Her own blood flooded her mouth before she realized her fangs had descended.

It took everything she had to prevent leaping from the staircase and biting deep into his neck. The desire to pierce his skin, to drink him in, was so overwhelming she didn’t trust herself to be around him. In the century she’d been vampire, she’d never experienced such a soul-deep pull to another being.

Startled, confused, and deeply afraid she would do something she’d regret forever, Caroline covered her mouth and spun blindly away. She ran past gaping guests in the crowded foyer and fled to the safety of the night beyond. 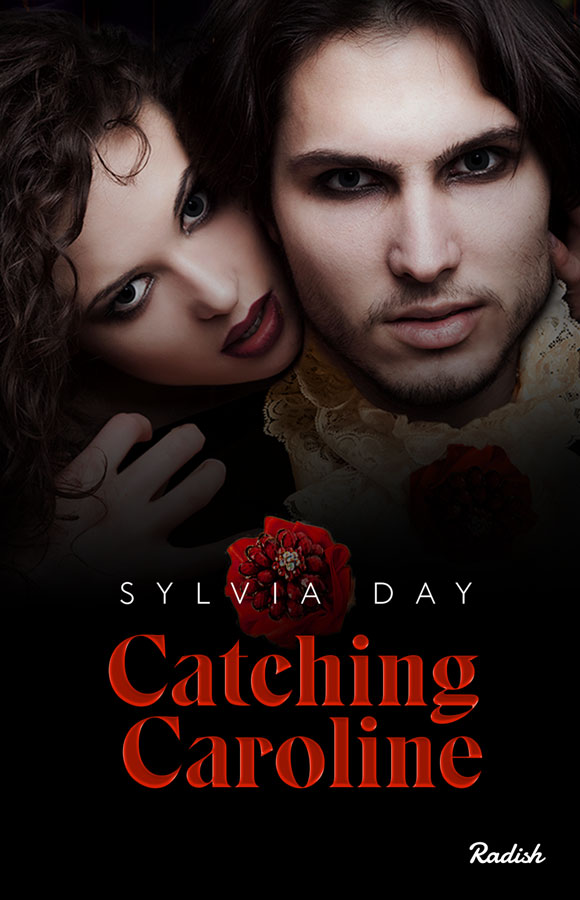 Bundle: Catching Caroline is also available as a part of Love Affairs.