#1 international bestselling author Sylvia Day, hailed as “one of the most successful romance writers in the world,” is joined by powerhouses Minerva Spencer and Kristin Vayden for a trio of sizzling historical romances that prove passion is timeless in… The Arrangement.

Mischief and the Marquess by Sylvia Day – Available for the first time since 2007!
Justin, the Marquess of Fontaine, and Lady Sophie Milton-Riley, are completely ill-suited to one another. But they will have to prove it in order to end to their mothers’ insistence that they should marry. Yet the more they attempt to demonstrate how wrong their union would be, the more surprisingly, irresistibly right things feel…

The Duke’s Treasure by Minerva Spencer – First time in print!
Plain, prickly Josephine Loman has loved Beaumont Halliwell, the Fifth Duke of Wroxton, since the first time she saw him. But the most beautiful man she’s ever met had eyes only for Jo’s erstwhile friend, who betrayed Beau’s trust by marrying his brother. Beau hasn’t been home in years, but when his brother dies in an accident, he must marry to save the impoverished dukedom. And Jo is the overlooked heiress who will turn his world upside down…

The Inconvenient Countess by Kristin Vayden – First time in print!
As the eldest in a poverty-stricken family of daughters, Miss Diana Katherine Lambson’s only option is a marriage of convenience. Her only prospect is a rogue with a miserable reputation. Her only true desire: freedom. And that is exactly what Charles Brook, Earl of Barrington, is willing to offer, in return for the respectability their union will give him. He will even provide Diana with a contract. But does she dare entrust her future to a scoundrel? Does she dare not to?

“You have no cause to be nervous,” the Countess of Cardington reassured under her breath. “We are among friends.”

She was very nearly terrified, but refused to say so aloud. Her memories of Lord Fontaine were clouded by years and the distorted memories of a child. What she had were mostly impressions, those of a tall youth whom she’d fancied as a golden prince, albeit a rather stern one.

The countess shook her head and shot her “the eye”, the look filled with love that said she did not believe a word she was saying. Sophie leaned over and pressed her lips to a wrinkled cheek. “I intend to enjoy myself. I promise.”

“Good. Oh!” The countess straightened and her voice lowered. “Here he comes.”

Sophie glanced up as the Marquess of Fontaine entered the lower parlor. Her breath caught, and when his gaze sought her out, she reached quickly for the pianoforte behind her for balance.

Dear God, had he always been so handsome?

He smiled, and she set her glass down before she spilled its contents.

How the devil could she have thought he was a prince? Princes were mortal. Fontaine was a golden god, with a body built for carnal sin, wrapped in the chilly infamous English hauteur she had never forgotten. How he used to intimidate her with that steely-eyed stare!

And how very different was her reaction to that same stare now.

Who knew aloofness and aristocratic arrogance could be such a potent lure when mixed with the body and face of Apollo?

There was a very substantial reason why the Marquess of Fontaine was not suitable husband material for her. Sophie was willing, however, to set aside such vital concerns for a moment so that she could admire him properly.

It was one of the few benefits to being a woman with a scandalous reputation. She did not have to lower her eyes and pretend that she wasn’t struck nearly witless by his appeal. She could, instead, openly appreciate the male form approaching her with thoroughly masculine feline grace.

Sophie blew out her breath. Her childhood friend had grown into a man well worthy of the many hours Society dedicated to discussing him. He had always been an avid sportsman and his physique proved that he still was. His dark blue velvet jacket required no padding to enhance his broad shoulders, and his breeches were just tight enough to reveal powerful thighs, muscular calves, and…

Good heavens! She should not be staring there, scandalous past or not.

Jerking her gaze upward, Sophie focused on his lips instead. They were somewhat thin and given his inclination for…imperiousness…she had remembered them being rather stern. But they were nothing of the sort. Instead they were shamelessly sensual, curved in a way that teased a woman to make him smile. Or whisper shocking things.

Sophie’s problem was that she enjoyed shocking things. They were much more fun than nonshocking things, hence the present state of her existence.

The moment he came to a halt before her it became extremely difficult to breathe properly. She bowed her head as she curtsied, hiding her confused frown. After all these years, he still unnerved her.

With a furtive gaze, Sophie watched as the marquess charmed her grand-mère into blushing, then he returned his attention to her. She hoped she managed a semblance of a smile, but with her heart racing, she could not be sure.

“Lady Sophie,” Fontaine murmured, lifting her gloved hand to his lips. “A pleasure to see you again.”

She took note of his voice, which was deeper now and warm, so at odds with his rather formidable, icy exterior. How like him to be so starch-stiff and formal. And how like her to be so irritated by it. His composure had always goaded her to do rash things to break through it, and tonight was no exception. She set her hands on his chest for balance, lifted to her tiptoes, and pressed a quick kiss to his cheek.

“You look well, my lord,” she returned, meeting his shocked gaze directly. Her lips tingled, forcing her to wrinkle her nose. She recalled suffering similar reactions to him when she was younger, which had prompted her to tell him that she was allergic to his arrogance. His reply, if she remembered correctly, had been a snort.

“Shall we?” the dowager marchioness asked, gesturing across the hall to the dining room.

For a moment longer, Fontaine stared at Sophie with a narrowed gaze, then he gave a curt nod and offered his arm to the countess.

The rest of the evening passed in a blur of casual discourse and more serious discussion regarding Lord Hastings and India. The meal was impressive and served over many courses. From the marquess’s jest comparing the meal to the prince regent’s now legendary banquet at the Brighton Pavilion back in January, Sophie collected that his lordship recognized the aim to keep them seated and talking as long as possible. She wondered how he felt about her visit and if he realized, as she did, that that they were being paired. She needed to speak with him privately to know, and also to enlist his help. The dissuading of the countess and dowager was too great a task for one individual.

And so it was that Sophie found herself pacing outside Fontaine’s private rooms after everyone retired. As apprehensive as she was about meeting with him alone, she forged ahead out of necessity. There was no other solution. She required his assistance in extricating them from this shameless matchmaking. They could not marry–a man of the marquess’s station would never accept a woman in her circumstances, regardless of their past friendship–but neither could they simply point that out and be done with the business. The dowager and the countess knew everything, and it apparently had not swayed them. But if Fontaine was willing to work with her to prove her point, they could prevail.

She sighed and came to an abrupt halt before the door.

Fontaine was known for his impeccable deportment and faultless manners. She could not predict how he would respond to the gross deviation of propriety she had committed so many years ago. He had been polite and dryly charming at dinner, but they had witnesses then. Now they would be alone and perhaps his true feelings would be aired. She had suffered and survived malicious gossip and been ostracized. But Justin…

Sophie swallowed hard. Dear God, how would she bear it if he was cruel?

Of course, there was only one way to find out.

Sophie lifted her chin, squared her shoulders, and knocked on the paneled door. 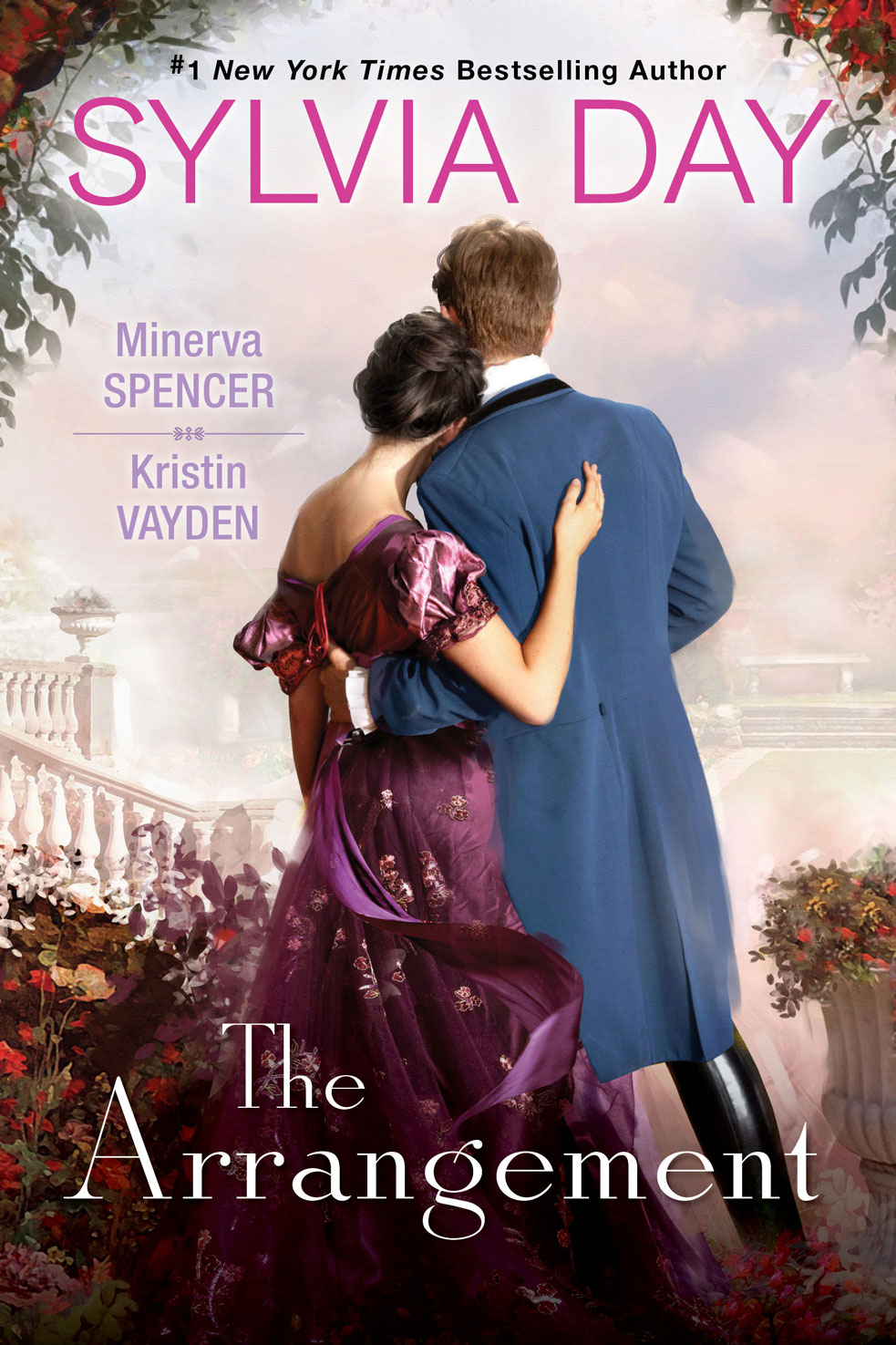