When Nicholas James draws Stephanie Martin’s name in their law firm’s Secret Santa exchange he knows he’s in for a merry Christmas—if he can figure out what to give the woman he’s wanted for months. When he works late and finds a crumpled piece of paper listing Steph’s personal wish list, he knows he’s in luck. Because all Steph wants for Christmas is him, in a number of naughty ways.

And not-so saintly Nick is going to make every one of her carnal wishes come true. 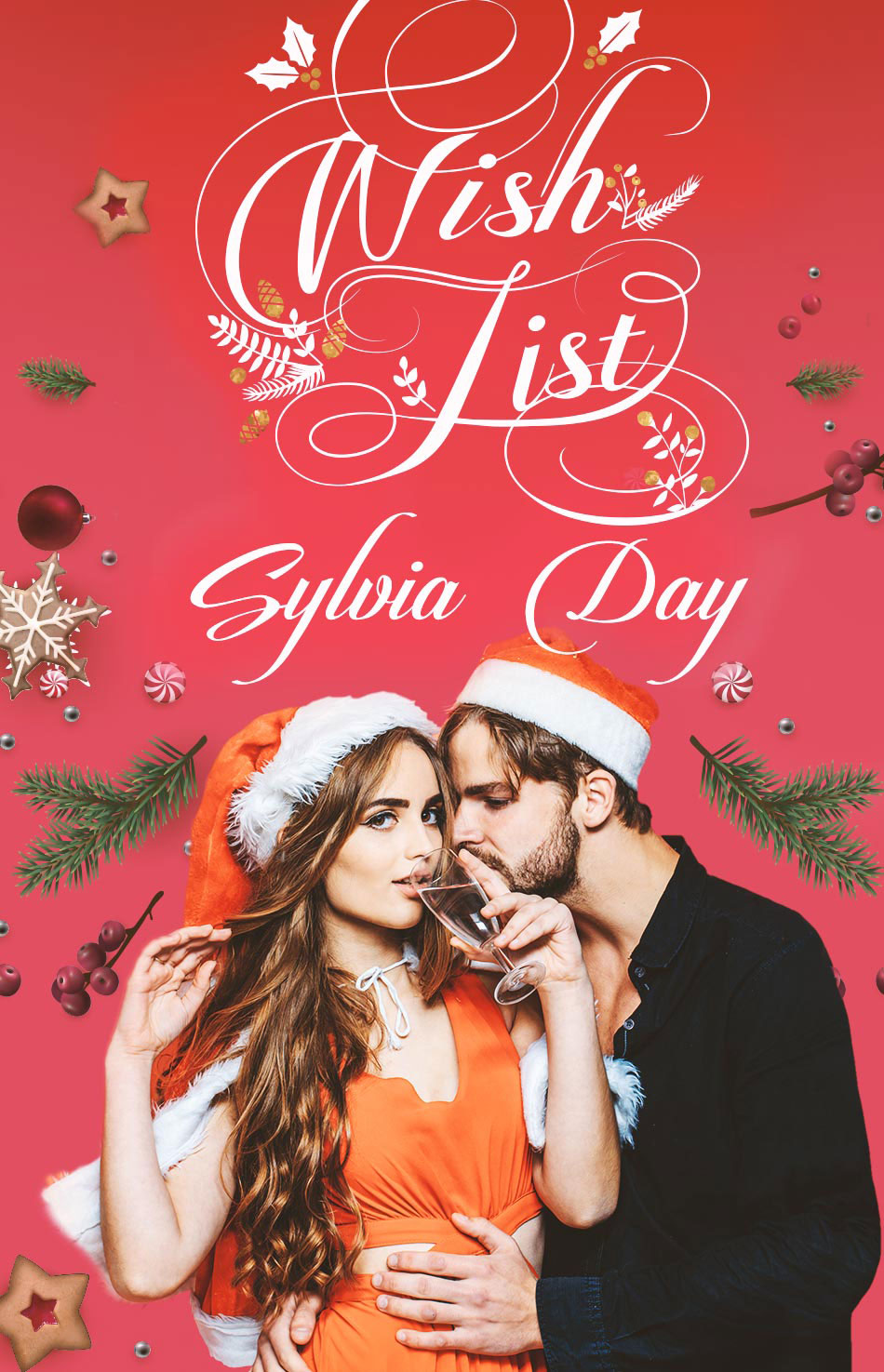 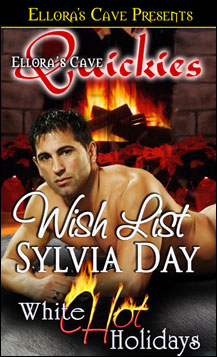 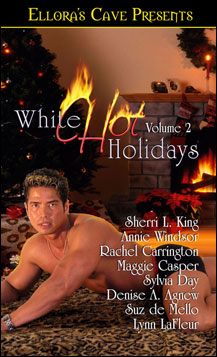 Nicholas James, the hottest man on the planet, was bare-assed naked with a bow covering his cock.

Steph gaped. And not just any kind of gape, but a “bug-eyed, mouth hanging open to catch flies” kind of gape. Before she could even think twice, she flipped up the red bow and then drooled at what was under it. Oh. My. God.

“Jesus, Steph,” muttered her paralegal Elaine, bringing her sharply back to the festive conference room and the sounds of Frank Sinatra singing holiday songs. “Your Secret Santa gift can’t be that bad. Let me see it.” She held out her hand and beckoned with her fingers, showing off long acrylic nails with airbrushed snowmen.

Hugging the silver foil box to her chest, Steph thrust over the restaurant gift certificate that had concealed the photo beneath—the photo with the clever little bow strategically glued with just enough hinge to afford her an eyeful.

“Ooohhh, nice. I love Dominico’s.” Elaine’s red painted mouth curved in a smile. “You should take me. All of my dates are too cheap to go there.”

“Uh.” Turning her head, Steph searched the crowded conference room for the naked man of her dreams. Of course, Nicholas wasn’t naked right now. Not at the Mitchell, Jones, and Cline annual holiday party. No, right now he was wearing beautifully tailored slacks in dark blue, a crisp white shirt with blue tie and white silk vest. She loved that he wore three-piece suits. Somehow, the urbanity of his clothing only served to accentuate the raw masculine power of his body. He was single and gorgeous, and like most single and gorgeous men, he led an active lifestyle which kept him in fine shape.

Just the sort of man most women were wildly attracted to. She, however, avoided him like the plague. She’d learned her lesson the first time.

There he was. By the door.

You could hardly miss him. Not when he was so tall and broad shouldered. His dark hair gleamed under the glow of blinking strings of Christmas lights as he leaned his lanky frame casually against the doorjamb. He was staring at her with a wicked half smile.

Realization hit her hard and made her gasp.

Nick knew the exact moment Steph caught on. The flush spread up from the low V of her teal silk blouse and then colored her cheeks.

Finally! After almost a year of flirting that got him nothing more than the occasional inconvenient hard-on, he was getting what he really wanted for Christmas—the opportunity to prove he was the man for her. He wished he could say it was his charm that won Stephanie over, but that wasn’t the case. No, he’d had to wait for fate to step in and slip her name into his hand for their law firm’s annual Secret Santa draw. He’d opened up the folded slip of paper, saw Stephanie Martin and grinned like an idiot.

For about one second.

Then he’d realized he’d have to come up with not only a great gift, but a great gift she’d have to share with him, and not one of the other drooling Lotharios around their firm. He’d walked through endless crowded malls, surfed a hundred online shopping sites, grilled every one of his ex-girlfriends and female relatives—all to no avail. They couldn’t understand why he didn’t just ask Stephanie out, instead of trying to plan something elaborate to make his point.

The answer was really very simple. He had a reputation as a ladies’ man. She’d heard about it and didn’t want anything to do with him because of it. So straight up asking for a date wouldn’t work. He had to show her he was serious first.

Steph’s reticence wasn’t a new experience for Nick. Most of the women who were strictly platonic friends were ones who’d made it clear they were looking for Mr. Right. Not Mr. Right Now. Starting in high school, Nick had learned how to give the “not going to settle down” vibe pretty well. Not that he didn’t have committed relationships. He did. They just weren’t the forever kind of commitment.

So he’d tried to respect Steph’s obvious non-interest, but the gnawing craving in his gut wouldn’t go away. He wanted her—wanted that long dark hair wrapped around his fist, wanted those dark brown eyes burning with lust, wanted that lushly curved body out of the business suits and arching naked beneath him. And even though he knew it was never going to happen, Nick couldn’t stop dreaming about it.

Steph was gorgeous, beautifully built, confident and intelligent. She knew her assets and showed them off. She also knew her worth and wanted a man who did. What had she said to him once?

Any man who has one foot planted firmly outside the door never really comes in.

But he wasn’t a fly-by-night kind of boyfriend. He took damn good care of the women he dated. He paid attention to what they liked and didn’t like. It wasn’t so hard. It just took a little effort, and Nick enjoyed making that effort. Enjoyed watching their surprise when he remembered their favorite author, favorite song, favorite places to be touched and caressed. Because of this, most of his exes were still his friends.

“You’re staring,” teased a soft voice beside him.

He tore his gaze away from Steph’s wide eyes to look at the woman next to him.

“Looks like she liked your gift,” Amanda said with a fond smile. “Why didn’t I ever get naked pics of you when we were dating?”

Stephanie hadn’t either, at least not in the verbal sense. He’d been staying late one night working on his billable hours. The goal was twofold—to get a decent cushion for the holiday time off work and also to forget about how he couldn’t find a damn thing to give Steph that would get his foot in her door. The ploy wasn’t working, so he’d stood and began to pace the hall that formed a ring around the center receptionist’s desk and elevators.

That was when it caught his eye. The small, crumpled ball of paper missed or dropped by the nighttime cleaning crew. It was wedged next to the polished wood leg of their waiting room sofa. He’d picked it up with the intention of tossing it when a bit of red and green caught his eye. Steph had been using a cute little stocking-shaped notepad ever since the first of the month. Christmas was obviously one of her favorite holidays, if the tiny decorated tree on her desk was any indication. He knew instantly the festive bit of trash had once belonged to her, and it took on new meaning just because of that.

So feeling a bit guilty but unable to help himself, Nick opened the bit of trash…

And he’d been thanking his lucky stars ever since.

At the top of the striped paper were the words Wish List printed in a font designed to resemble a child’s scrawl. Below that were the beautifully formed letters he recognized as Steph’s handwriting.

And then she’d run a slash through that list and begun a new one.

Nicholas James naked and wrapped in a bow.

Nick cooking me dinner naked. (so I can stare at his ass)

Going down on Nick. (yum)

Nick going down on me. (double yum)

Fucking Nick until he can’t walk.

The shock of that list had hit him so hard he’d stumbled into the nearby couch. He’d understood then that Stephanie had been fooling him the whole time, just like she would a jury. Acting unaffected when she was really as hot for him as he was for her. No woman had such detailed sexual thoughts about a guy she wasn’t totally into. She’d obviously been thinking about him for a while.

Images inspired by her words filled his mind. His dick swelled and he wondered how he’d make it back to his office, let alone the parking garage eighteen floors below.

He needn’t have worried. Her next shakily written line took all the heat out of him and left him cold.

Forget about Nicholas James or transfer.

In that moment he’d discovered two things. One—no matter how much she wanted his body, she still didn’t want anything to do with him. To the point where she was considering transferring to their firm’s other office across town.

Two—the thought of not seeing her nearly every day struck him like a physical blow. Too painful for his interest to be merely casual. He’d realized then what the tight knot in his gut was trying to tell him.

Somewhere along the way, the purely sexual desire he had for her had become something more. Maybe it’d happened when they’d worked that last case together and she kept blowing his mind with her brains. Or maybe it was when she’d cried over a verdict and hadn’t tried to hide it from him. Whatever it was, he’d be damned if his past got in the way of what they both wanted.

This Christmas, not so saintly Nick was making sure all of Stephanie Martin’s wishes came true. 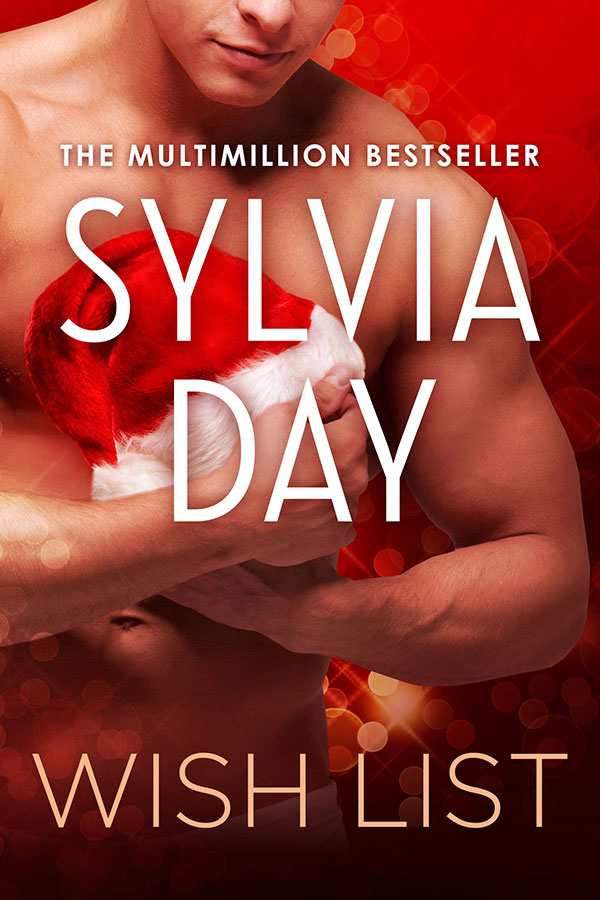 Bundle: Wish List is also available as a part of Love Affairs.