Of all the Fallen, Raze’s hungers are some of the darkest and most insatiable. His brazen seductions cost him his wings, leaving him soulless and immortal, the most dangerous of seducers. He has roamed the earth for eons, hunting the rogues of his kind and protecting the humans who provide him with blood and sex. He is content with his life and the transient pleasures that flow through it… until one night and one woman change everything.

A Dark Kiss of Rapture:

Radish App Cover for A Dark Kiss of Rapture 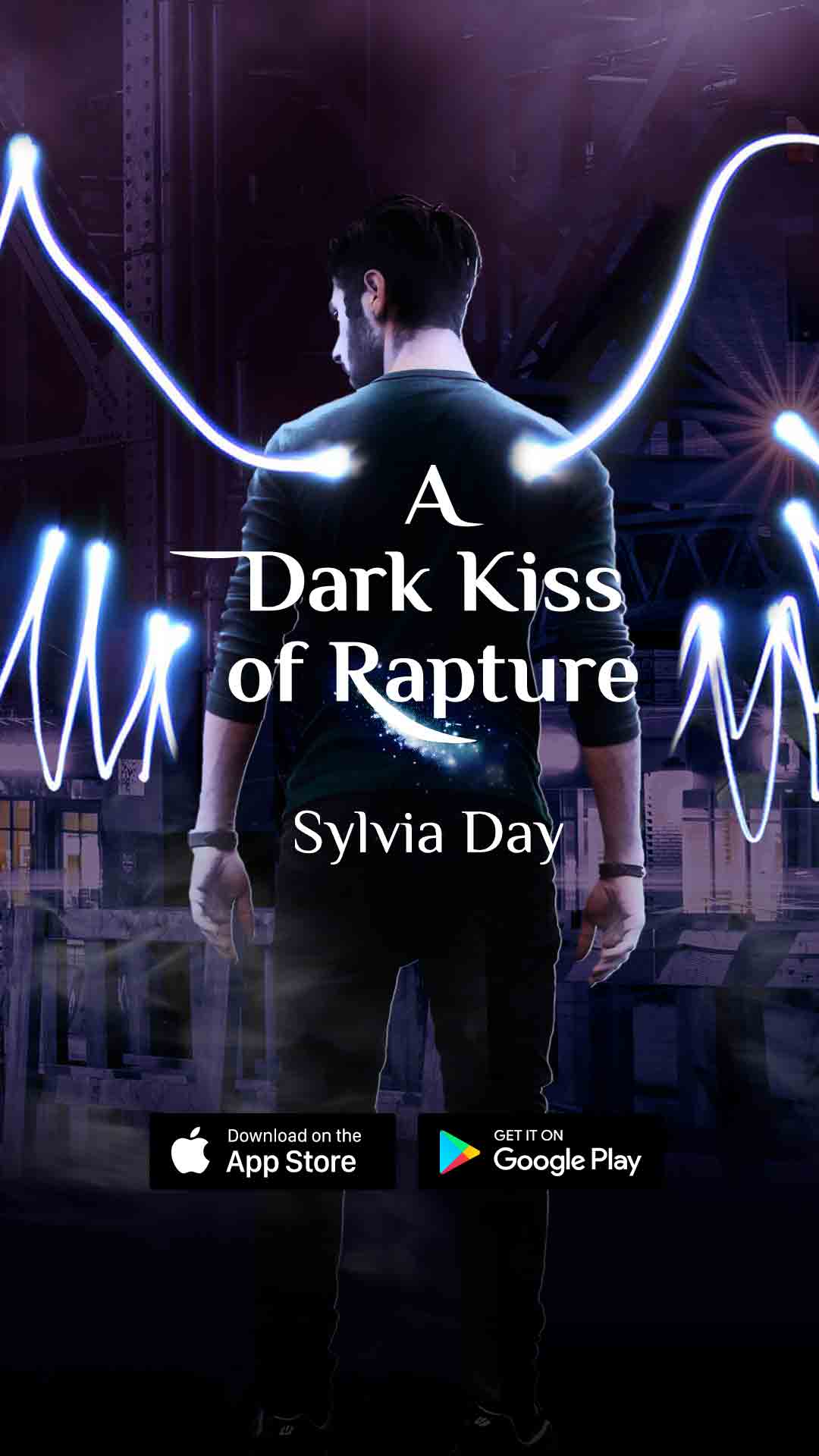 Sliding onto a barstool, Raze noted the bartender. The lovely blonde on point looked like she just might be what he needed with her sleeves of tattoos, low-slung leather pants, and curvy body. Her hair hung in dreadlocks to her waist and was held back from her delicate face with a black bandana. She glanced at him, looked away, then immediately glanced back. She licked her pierced lower lip and made her interest known with a heated glance.

When she’d finished serving her customer, she came over. “What’s your poison?”

Her brows rose. “Really? Wouldn’t have pegged you for a wine drinker.”

“No. Jameson, maybe. Or Glennfiddich.” She poured expertly and set the glass in front of him. “In the mood for something else?”

His fingertips slid lightly up and down the stem of his glass. “Suggestions?”

Her mouth curved in a sexy smile and she extended her hand. “Sam.”

He stroked her palm. “Raze.”

He watched her saunter off, admiring the way black leather hugged her lush ass, then he picked up his glass and stared into it. Still fucking brooding, goddamnit.

He smelled the woman who stole his interest from Sam before he heard her.

The clipped, no-nonsense female voice stirred something inside him, as did her scent. He savored both a moment before he looked at her, appreciating both her directness and the fragrance she wore, which was light and sweetly floral, a perfect accompaniment to the natural female scent of her skin.

Raze glanced aside at the woman who made herself comfortable in the space next to him. She wasn’t his type. Too refined and complicated for his tastes, but there was no denying she was beautiful. Willowy body with modest curves. Creamy skin contrasted by dark hair. Vivid green eyes framed by thick, black lashes. She was an altogether stunning package. “She isn’t?”

“No.” She hooked one nude stiletto heel on the bar’s foot rail and set elegant hands on the carved wooden lip of the bar top. No rings, which he found surprising. She was the sort of prime choice female that didn’t remain on the market long.

Raze canted his body toward her. High-class, he thought, noting the Rolex on her wrist and the hefty diamond studs shooting multi-hued fire from her earlobes. In a quick survey, he registered slim gray dress slacks, a sleeveless black silk top, and dark as ink curls piled high and balanced on a long, slender neck.

An image of her came to his mind… sprawled naked and prone across a red velvet bedspread, her graceful spine arching as he slid his parted lips along its curve. Decadent. That’s what she was, and decadence was what she needed from the man she took to her bed. A long, slow, deep seduction. He didn’t have that patience in him tonight. He’d had blood dripping from every inch of his skin just twenty-four hours ago and he had a cold knot in his gut that ached.

Lifting his glass, he wet his lips, absently noting the building heat in his blood. Not his type, but he wanted her. “I’m not what you want. Not tonight.”

She reached for his glass and he gave it up. Blood was the only thing he could ingest, but he’d learned to tolerate a drop or two of red wine.

Her dark green eyes stared into his over the lip of the glass. She swallowed and made his dick hard. “Shiraz.”

“Well done,” he murmured, his eyes following the perfect arches of her brows and the sculptured beauty of her cheekbones. With a slow and deep breath, Raze realized every other female in the room had faded into insignificance.

“I have good taste.” The intimacy of her smile included him in that statement, while the determination in her eyes dismissed his assertion that they weren’t meant to be lovers.

He ran a hand over his head and debated what to do. He was no longer interested in Sam the bartender, but he wanted sex and he needed blood. And the only person he wanted either from was the one standing in front of him—the kind of woman a guy didn’t take casually. “You could have any guy in this room. Any guy you want.”

“Perhaps.” She shrugged and settled on the seat beside him. “But I need you. I’m Kim, by the way.”

She extended her hand. They shook in greeting and he gave her his name.

“Interesting.” Her eyes sparkled. “Suits you.”

Raze inclined his head in acknowledgment, maintaining his hold on her for a moment longer than necessary because he got a charge out of it. He’d chosen the name himself after shedding his angelic one. All of the Fallen had recreated themselves and most minions followed suit—a new name for a new life. “Odd place to hunt for a rough ride.”

Her lush mouth curved on one side. “You’re not rough.”

His brows lifted in silent challenge.

“You’re not,” she insisted with a smile. “You’re fierce and in a dark mood, but not rough. And I wasn’t trolling for any kind of ride. I came in here for a drink with friends and had every intention of leaving here all by myself.”

She pointed across the room to where three of the small tables had been shoved together to make a grouping for a party of a half-dozen people. The men offered toasts to Raze, lifting their beers high. The women giggled and bent their heads together, speaking intimately. Their good-humored nervous response to him almost made him smile.

“Hopefully, a night with you.” Kim took another drink, taking the time to absorb the taste of the wine before swallowing. No liquid courage for her. “I was sitting over there, minding my own business, having a reasonably good time. Then I felt a tingle on the back of my neck. I turned around and there you were. I was just going to admire you from afar, but then I saw you were trolling and figured why not me? Plus, I really needed to admire you up close.”

“You’re out of my league.” But he was beginning to think that wouldn’t be enough to stop him.

She grinned, which belied her hands-off appearance and made her sweetly approachable. “So earn me. I won’t mind the effort, I assure you.”

“The effort I expend will likely leave you hobbled in the morning,” he said harshly. “You have no idea what I need to get through tonight.”

Kim studied him for a long moment, taking a deep breath and then another. Something swept over her delicately beautiful features, something warm that briefly touched the chill in his gut. “I’m not into pain. If that’s what you need, then you’re right, I’m not your girl. But I don’t think that’s what you’re warning me about. You don’t want to hurt me; you just don’t want to hold back. And that’s what I need, Raze—a man who doesn’t hold back. That’s what kind of mood I’m in.”

Now it was his turn to study her. “Why?”

“No.” Raze dug in his back pocket for his wallet and laid out a hundred dollar bill for Sam. “Let’s go.” 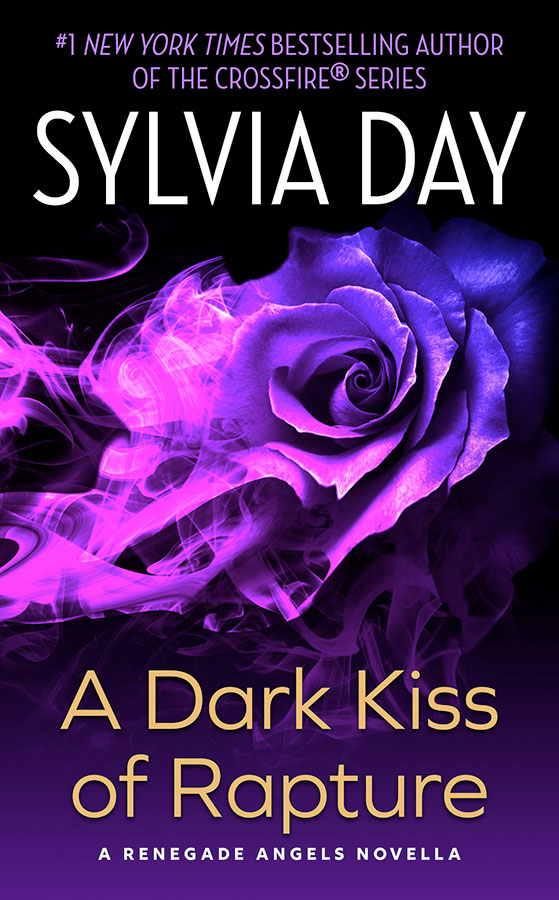 Bundle: A Dark Kiss of Rapture is also available as a part of Love Affairs.