Urban fantasy written under the pseudonym S.J. Day. The Marked series follows the story of Evangeline Hollis: Cursed by God, hunted by demons, desired by Cain and Abel… All in a day’s work.

Lycans, vampires, and cherubs… oh my.

All Evangeline Hollis wants is to stay out of trouble long enough to lose the Mark of Cain, which drafted her into hunting demons for God. A former agnostic, she’s still recovering from being the latest point of contention between the two men in her life–Cain and Abel. Now she’s working for a cherub who thinks putting her undercover as a housewife is the best way to ferret out a rogue vampire hiding in an idyllic Orange County, California residential community.

Eve knows when she’s being used as a pawn in the celestial political game. Now, she just has to figure out who’s the greater threat: the vampire she’s hunting, the cherub yanking her chain, or the two brothers vying to play the role of her spouse–‘til death do them part. Which in her line of work, could happen any minute…

Sin City—Las Vegas—is home to humans and Infernals of all sorts: the good, the bad, and the ugly. If you ask Evangeline Hollis, “good” is in short supply, “ugly” might be amusing, but “bad” is most definitely her business. Eve is a Mark, a heavenly bounty hunter, and Las Vegas is her territory.

“You want me to babysit cupid?” Evangeline Hollis’s fingertips drummed against the wooden arms of her chair. “You can’t be serious.”

“That is not what I said, Miss Hollis.”

Raguel Gadara’s reply was laced with the compelling resonance unique to archangels. He sat behind his intricately carved mahogany desk in his expansive office with a leisurely sprawl that didn’t fool Eve for a minute. Gadara was watching her like a hawk from beneath slumberous lowered eyelids.

From her seat in one of two brown leather chairs that faced him, Eve raised both brows in a silent prompt for him to explain. The eternal fire crackling in the fireplace to her left and the portrait of the Last Supper decorating the space above the mantel were tangible reminders that her formerly agnostic view of the world was shattered forever.

Her secular world was behind her, displayed to breathtaking effect by the wall of windows overlooking Harbor Boulevard. Gadara Tower sat a few blocks south of Disneyland and California Adventure, just outside the city zoning that ensured no skyrises were visible from inside the amusement parks.

“I said ‘cherub’,” the archangel reiterated. As he leaned back in his chair, the diamond stud in his right ear caught the light. “We received a report of suspicious activity in San Diego. Zaphiel has been sent to address it and requires an escort.”

Eve’s guard went up. Raguel’s job on earth was to manage the infestation of Infernals in North America. Why would a cherub intercede? And why wasn’t Raguel more upset about that? All the archangels were intensely ambitious. It didn’t make sense for him to concede any power to anyone, even an angel of considerably higher rank. “I get that pairing him with me instead of giving him a full contingent of your personal guards sends a message that you’re pissed, but as far as impact goes, it’s more of a ‘meow’ than a ‘roar’.”

“I send no message,” Raguel denied, attempting to look innocent, which was impossible.

“Right.” Diplomacy and showmanship were utilized just as often in the celestial underground as they were in the secular world. The cherubim topped the angelic hierarchy, sharing the first sphere with only the seraphim and ophanim. Exposing such a high level celestial to her bad demon karma was stupid enough to have a really clever motive behind it.

The rumbling masculine voice was dangerously soft. Eve turned her head, knowing a small, childlike figure just didn’t fit that mature voice, but she was still unable to shake the image of a chubby baby with tiny wings and a big diaper.

Catching sight of him, she blinked. Holy shit.

He was massive. Ripped with muscle and terribly beautiful, with eyes of the same blue hue found at the heart of a flame, and golden hair that hung past his shoulders.

Fan-fuckin-tastic. There was only one reason angels and demons went out of their way to get to her: they wanted to irritate the two men in her seriously screwed up romantic life—Cain and Abel. They went by the names Alec Cain and Reed Abel in present day, but they were the infamous brothers of biblical legend nevertheless.

She glanced at Gadara. “This really isn’t a good idea.”

The archangel smiled. That flash of pearly white teeth within the framework of coffee-dark skin told her he had an ulterior motive for agreeing.

“I have every faith in you,” he said, practically purring.

Oh boy. Not too long ago (back in her old life) working for Gadara Enterprises had been a career dream of hers. Raguel Gadara was a real estate mogul rivaling Donald Trump and Steve Wynn, with property developments all over North America just begging for an interior designer of Eve’s caliber. In reality, however, the dream turned into a nightmare. Her years of interior design education and experience had been relegated to the sidelines of her “real” job: demon bounty hunting.

“Time to go, Evangeline,” Zaphiel said, jerking his head imperiously toward the private elevator that would take them down to the lobby level. The deliberate use of her name cemented the suspicion that she was—yet again—being used as a pawn in a bigger game.

It was a game she didn’t play well; something the cherub would be figuring out soon. 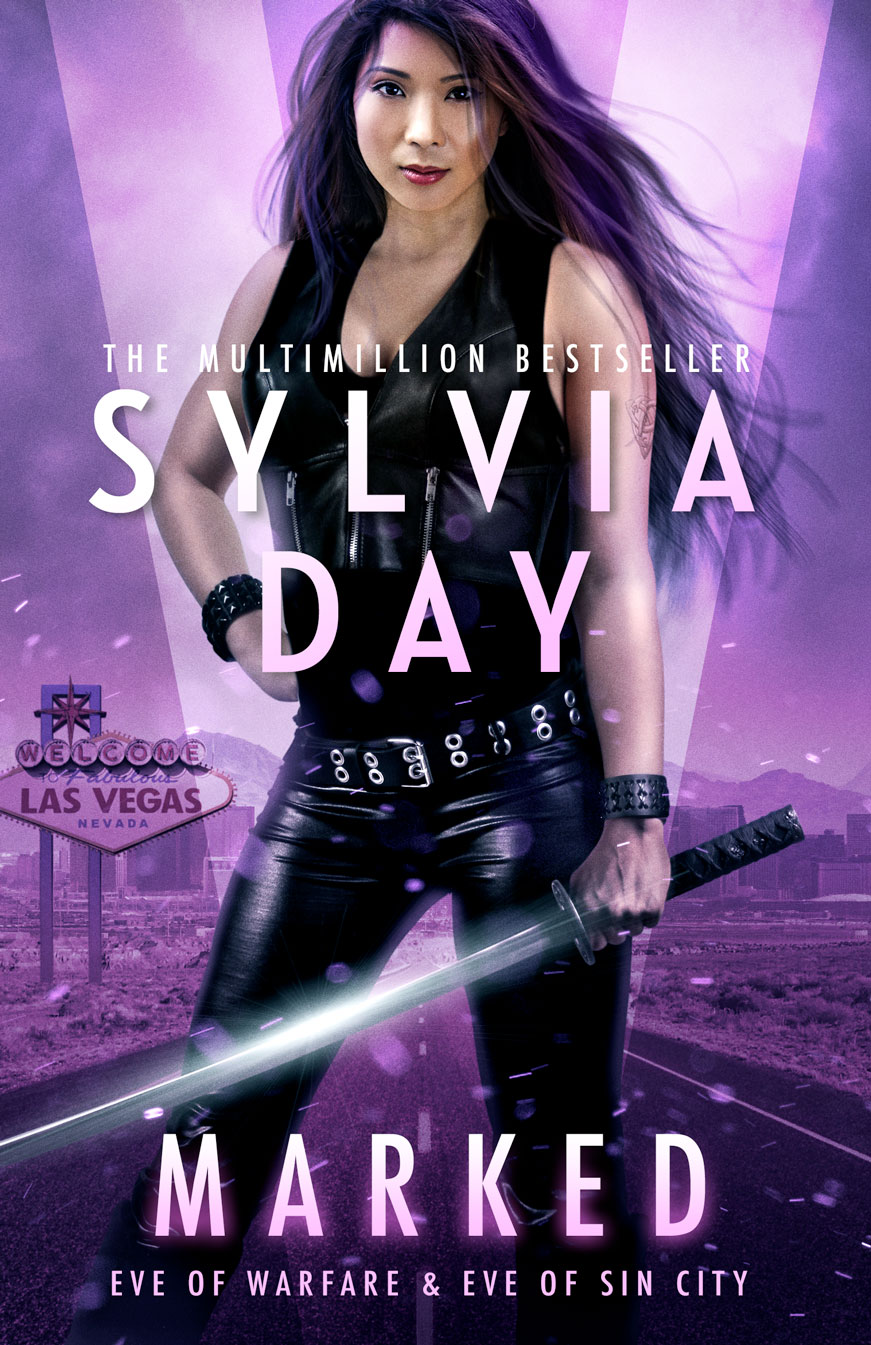